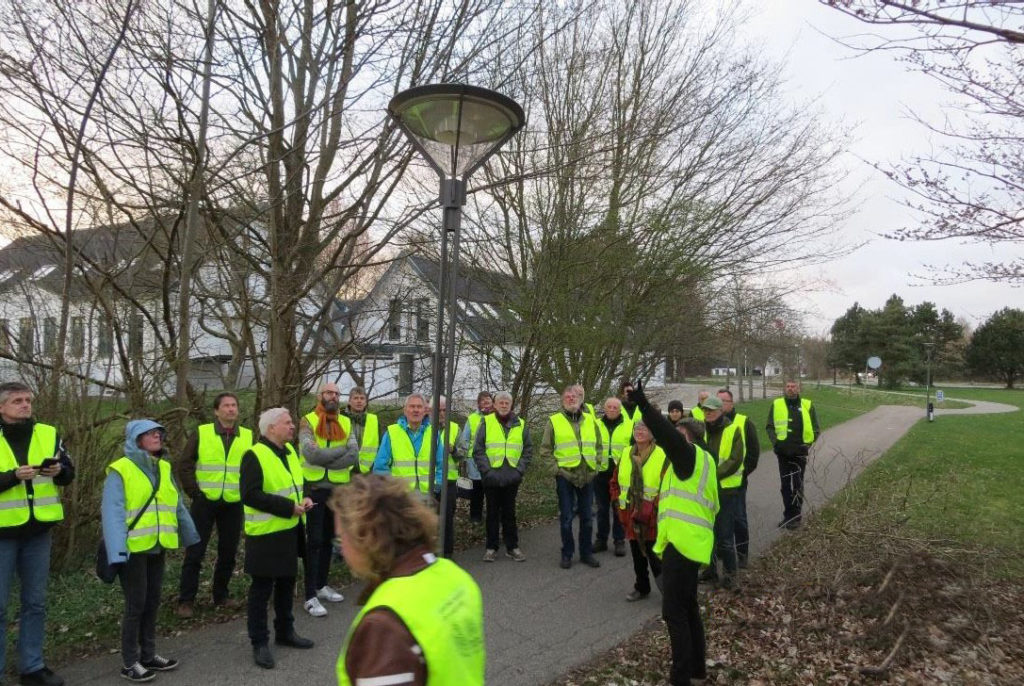 Albertslund’s ‘light ambassadors’, on a guided tour of local streetlighting, recruited for the large-scale replacement project of public street lighting.

Albertslund recruited more than 50 local ‘light ambassadors’, representing landowners and housing associations, when launching a large-scale replacement project of public streetlighting. The municipality now shares their most valuable learnings from the project in a new report.

The city of Alberlund is in the middle of a replacement of just over 10,000 light spots on streets, trails and squares; a process which started six years ago with the adoption of a municipal lighting strategy. They have several goals with the replacement to LED, from increasing sustainability and saving costs through energy optimization, to testing whether the new lighting improves the light technically and examining how the old and the new streetlights are perceived by citizens in terms of security and safety. Finally – and perhaps most importantly, Albertslund conducted lighting technical measurements of the lighting before and after replacement, which resulted in some key insights that they now wish to share with other municipalities.

Albertslund has had a special focus on lighting for several reason; historically because the municipality at the same time as the first large construction of public housing in the municipality in 1963, asked Louis Poulsen to design a new street lamp, which came to bear the name The ‘Albertlundlampen’ and which became a global success, and thereby helped branding the municipality as a light municipality ever since. Since then the municipality has taken a number of initiatives, with energy efficient lighting at the centre, of which perhaps most significantly, together with the Technical University of Denmark appointed by the Danish Energy Agency.the  establishment of DOLL – Danish Outdoor Lighting Lab, which has since played a major role at national and international level. 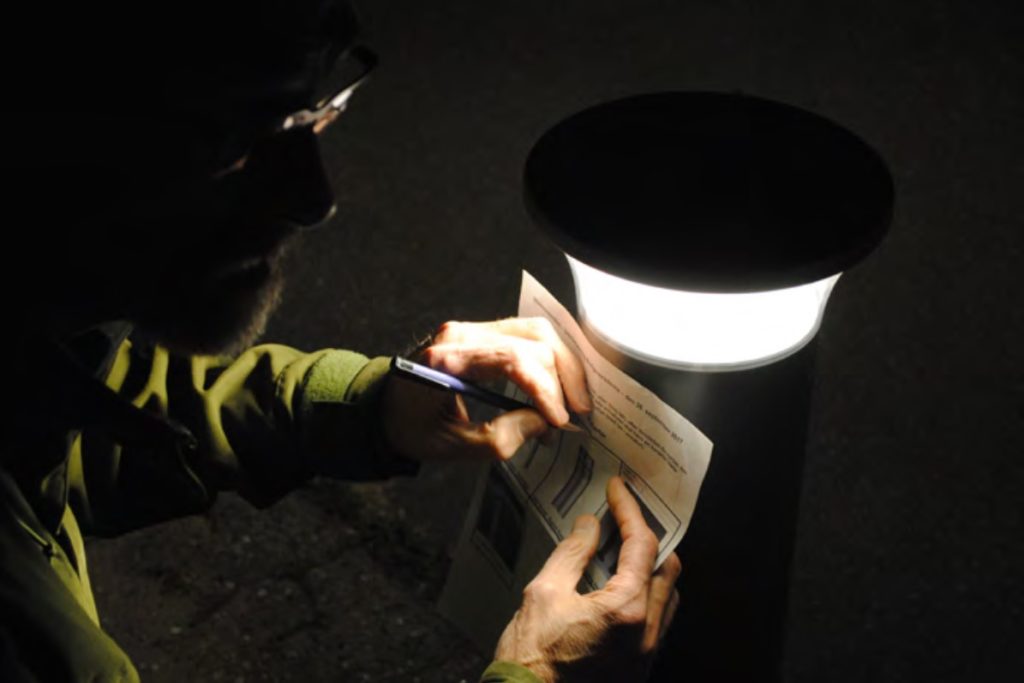 One of the dedicated ‘light ambassadors’ evaluates the lighting.

While Albertslund recognises that processes can be a challenge, they can also pay off – even when it takes extra time. The long build-up to the actual replacement has resulted an increased knowledge of lighting and technologies at citizens and politicians who have increased understanding and qualified the decisions. In hte report, citizens express an overall satisfaction with involvement and the whole process, acknowledging that the municipality is following some good principles hereby. 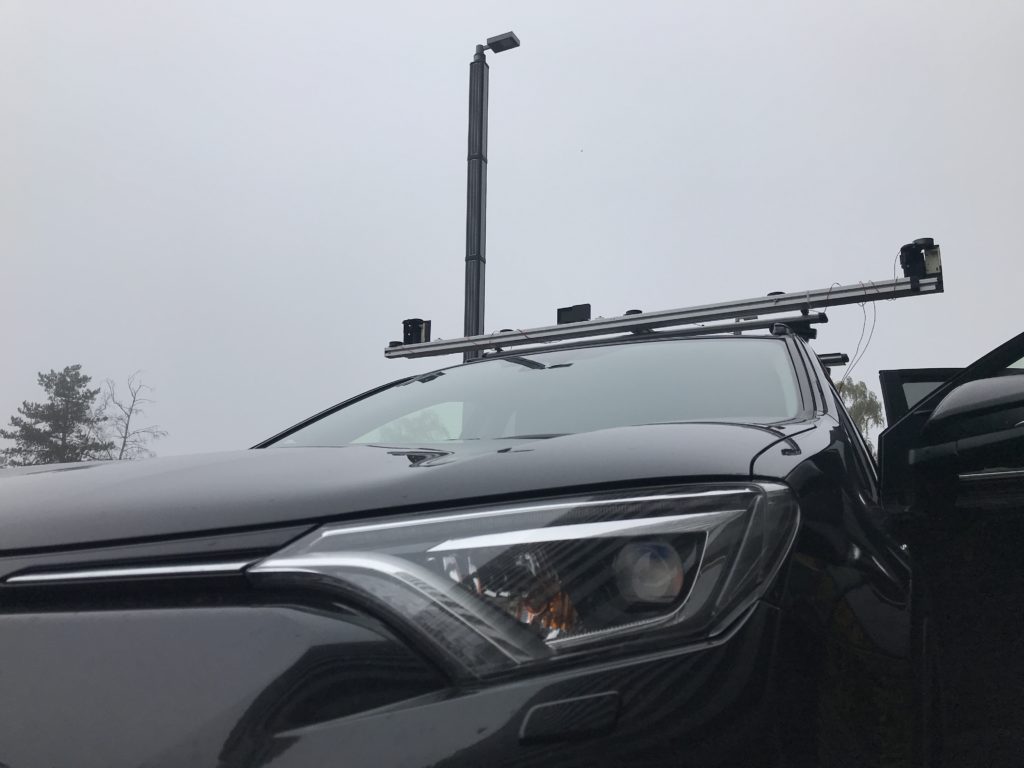 The lighting measuring system Lumiscan, mounted on a normal car, developed by GLS and DTU, in Greater Copenhagen.

Another key learning was the importance to measure the technical light quality both before and after the replacement. For this, Albertslund hired the company Global Lighting Standard for the task, and their innovative system Lumiscan – developed in partnership with DTU. The measurements before the replacement showed a substantial under-lighting of the municipality’s roads, in relation to the road rregulations.. However, the post-replacement measurements resulted in significant over-lighting, but now, at least, the municipality has been provided with an effective tool to correct and adjust the lighting system. Due to major fluctuations in the measured quality, it is recommended for cities to measure their lighting systems after the replacement, thereby gaining evidence of the lighting system quality and performance and whether it meets the requirements, or whether readjustments are required. Failure to post-measure can result in excessive energy consumption, as new lighting systems often provide more light than required, or necessary.

You can study the full report, and all its key findings, here.