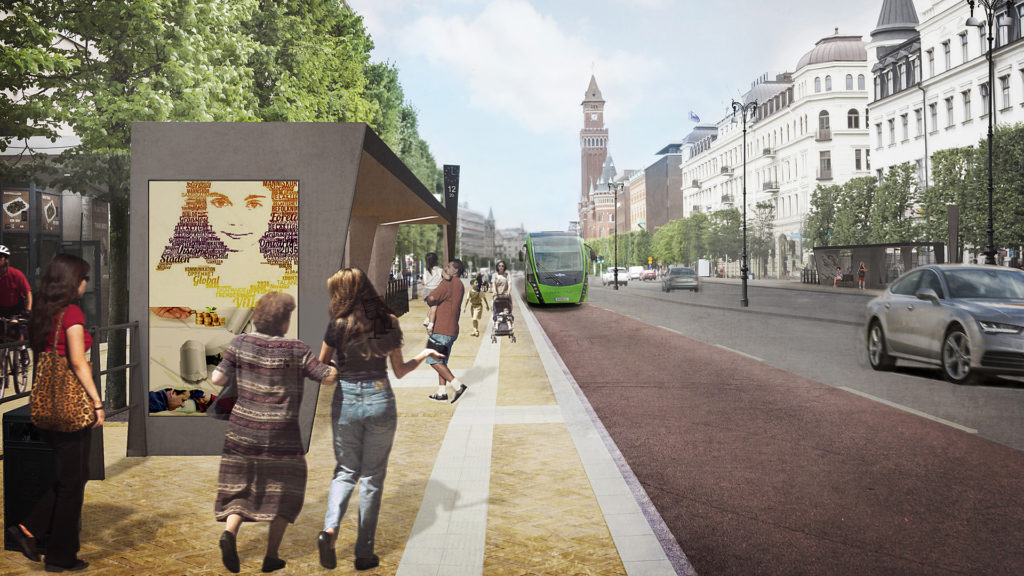 Illustration of the planned redesign of Helsingborg’s main boulevard, Drottninggatan.

A new and exclusive report by Gate 21 & Innovation Skåne, estimates a big potential for LED-investment, and its related energy savings, in Greater Copenhagen.

As a part of Lighting Metropolis, it was decided to make a data collection among the municipalities in in the Greater Copenhagen metropolitan region. The purpose was to establish a baseline for the composition of different type of light in public areas, whether they are in municipal buildings or street lighting, and then investigate the potential for a replacement to LED based lighting.

Below is a summary of the key findings, in terms of investment potential.

Currently, 23% of the total public lighting in the 46 Zealand municipalities are based on LED.

The investments needed for a realization of the savings potential, i.e. a total replacement for LED lighting in the 46 Zealand municipalities, is estimated at MDKK 651,3.

The response rate for the Scanian municipalities were lower and the survey is based on the 15 municipalities out of 33 who chose to respond to the survey. This shows a current LED share of 22% of the total public street lighting.

Here too, it appears that the proportion of LEDs varies from municipality to municipality. The estimate indicates a saving potential of 44% of total energy consumption or SEK 17,9 m. The investment need for a realization of the savings potential, i.e. a total replacement for LED lighting, in the 15 Scanian municipalities is estimated at MSEK 209,9.

The figures in the survey indicate that the current proportion of LED-based street lighting on average represents less than a quarter of the total, 23% in Zealand municipalities and 22% in Scania. At the same time, the survey shows a significant potential for savings in both megawatts and money by a
complete transition to LEDs in both Zealand and Scanian municipalities: an annual saving of the number of MWh at

The annual electricity saving of a lighting replacement is estimated to be 55-60 % of the total electricity consumption for lighting in both Zealand and Scanian municipalities.

A new lighting project will lead to energy savings in the region corresponding to the annual energy consumption of around 1800 households. Only one fifth of the public lighting in […]

Our academic partners are driving Greater Copenhagen’s ambition to become a leader across a wide spectrum of lighting research. One of the most important, and urgent, research work is to […]